- From 2018-2020, after randomly discovering a rare underground counterculture newspaper published in Cincinnati (1968-1975), I spent two years researching the paper's history and curating/organizing an exhibition and event at the downtown Public Library of Cincinnati. In my research, I made contact with close to 15 surviving members who helped create the publication (writers, artists, and photographers). The multiple moving parts of this project included the creation of a free, public access digital archive of the "Independent Eye" (making the publication accessible for the first time in over 50 years). The library event included an exhibition of original newspapers and rare, original pieces of artwork and photography from the Eye (courtesy of original Eye photojournalists Melvin Grier and Ken Hawkins), with displays at two different PLCH branches. In November, I curated and participated in a panel discussion featuring myself, Jim Tarbell, and founding staffers Ellen Bierhorst and Monty Sher (traveling from Oakland, CA for the event). Over 200 people of all ages attended the exhibition, including a dozen or so original Eye staff members, creating a true "reunion" gathering of sorts. The multi-nuanced project garnered press from outlets like CityBeat (cover story), The Enquirer and NPR-affiliate station WVXU. The entire retrospective, spurred by sheer curiosity, highlighted a remarkable and influential piece of local history in a radical/progressive free press publication that had gone largely unseen for the last several decades. - An extension of the Eye project (above), I created a risograph-printed newspaper called OPTIC (edition of 500) with partner Jon Flannery (Cryptogram Ink). A visual tribute to the original "Independent Eye", Jon and I created the paper over the course of eight months, using only tech-free, analogue production methods synonymous with the original 1960s publications (such as typewriter and hand layout/collage). We curated 16 unique local artists (from illustrators and animators to woodcut artists and photographers) who each contributed one piece per page. The mission statement was to keep the original Eye spirit in mind, while creating something as a response to our current climate. Included in each copy is a color insert featuring a collage of original artwork from the Eye archives. The cover, interior & inserts were printed via risograph by Julia Warner / Cereal Box Studio. Free copies of Optic (made possible via funding courtesy of the Haile Foundation & sponsorship from Wave Pool) were distributed to multiple local shops & libraries around urban Cincinnati and beyond, including to organizations like the NYC-based Interference Archive. A release party to celebrate Optic was held at Downbound Books on February 15, 2020, with many contributors and original Independent Eye staffers attending. - Drawings, paintings & animated projections/installations have been featured in numerous gallery exhibitions and various events. The highlights of these include ... 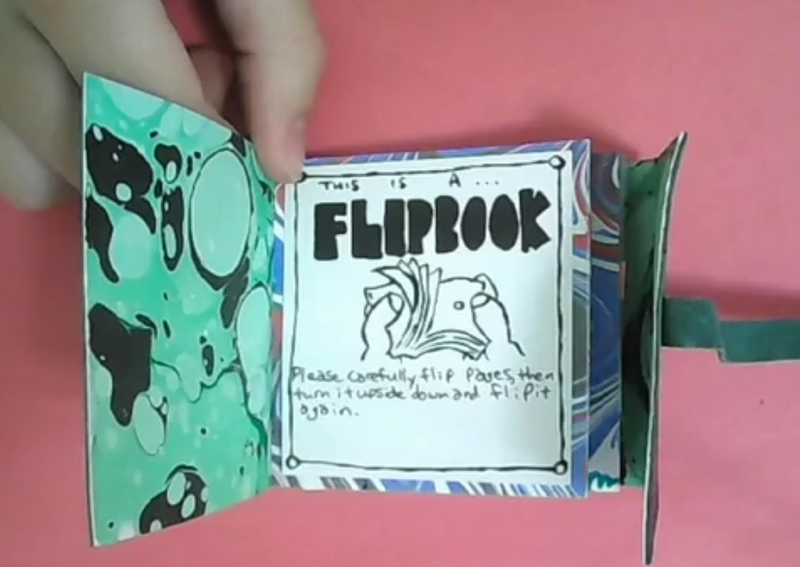 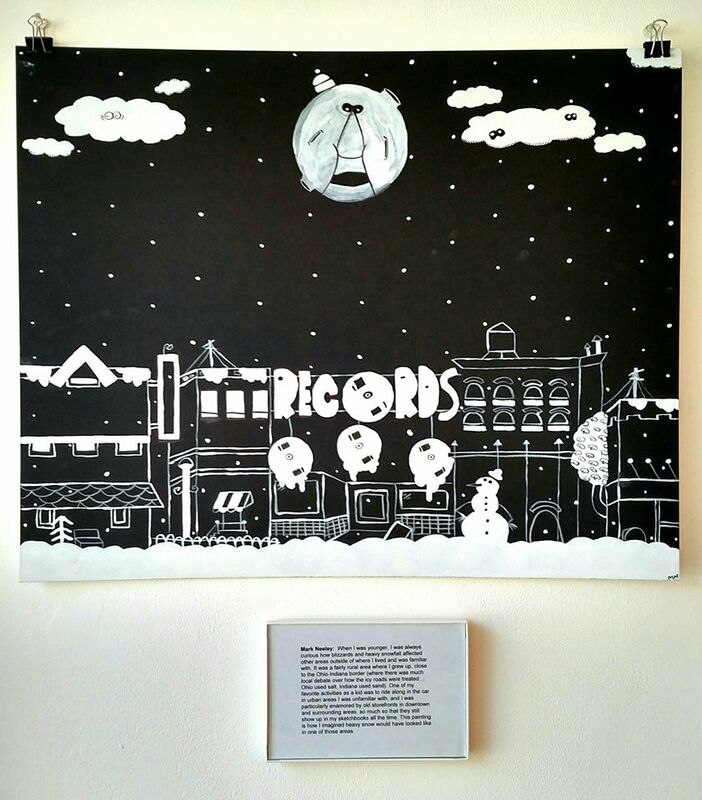 - Floating Shape Workshop is a children's animation workshop that I created and operate (2014-present). Please see the FSW tab above for full info and workshop pictures/video. Inspired by ASIFA's long-running international "Animation Workshop Group", I have hosted and facilitated around two dozen youth animation workshops, each individually designed for varying age groups and registration sizes. Workshops have been held at venues ranging from library branches to the Taft Museum of Art and Cincinnati Art Museum. Collaborative films made at week-long summer camps have been screened at youth film festivals around the world, such at "Kid Vid Fest" in California. The central goal of FSW is to make the artform or animation accessible to all children in any community.

- Additionally, I have hosted independent animation workshops, such as at the inaugural "Inbetween Animation Festival", workshops at the annual "Good People Festival" in Covington, Kentucky and flipbook workshops on the annual worldwide "International Animation Day" (IAD) celebration.